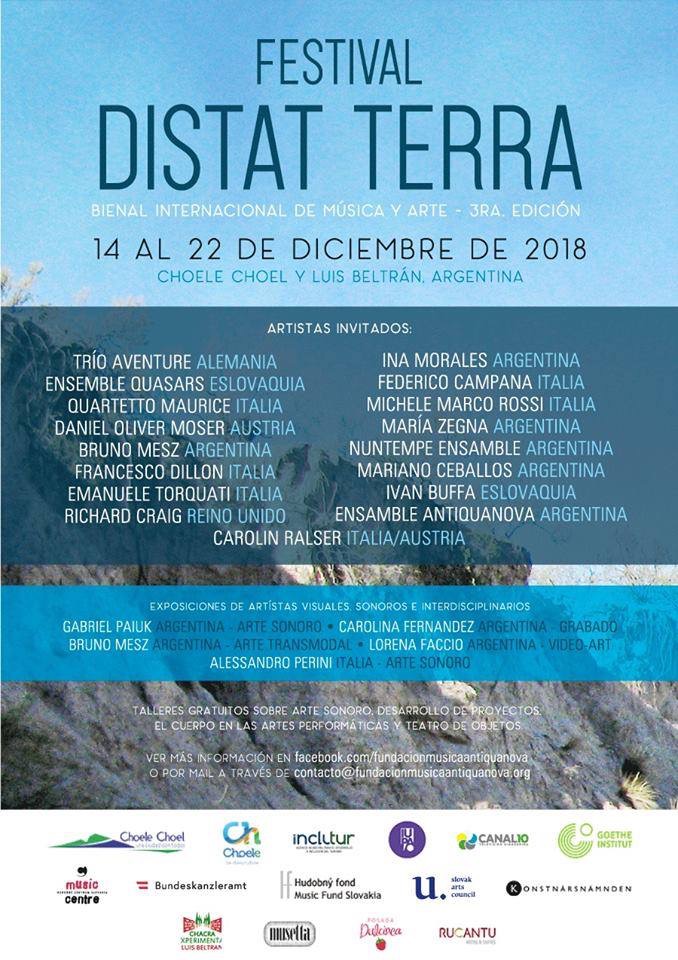 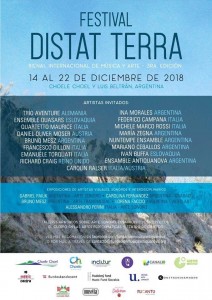 This year closes with a visit to Argentina to one of the most intensive and interesting new music events I have performed in, established by the composer José Manuel Serrano. I was invited to the Distat Terra Festival and Academy, to give solo performances, teach and a guest performance with the Quasars Ensemble, performing Ivan Buffa’s Tvorivý duch for two flutes and ensemble. 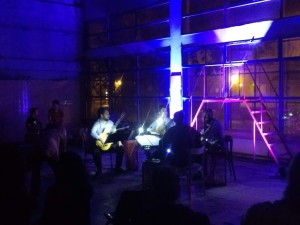 My solo appearances included works by Torá, Stewart, Barrett, Lucier, a premiere by John Croft and sharing a concert in the Chacra Experimental with the fantastic string quartet Quartetto Maurice, in which I played Salvatore Sciarrino’s solo work All’aure in una lontananza (outdoors, by moonlight!). I had the chance to hear other fantastic ensembles from Argentina including the guitar quartet Nuntempe, and the festival’s resident ensemble Ensemble Antiquanova.

Upcoming: in early 2019, I will be continuing to work with Philip Thomas and Damien Harron in a performance of Feldman’s Crippled Symmetry in London, and an ERASMUS+ visit to Aristotle University, Thessaloniki, Greece, to teach and perform (the concert to include Pierluigi Billone’s Staglio).

Recordings in 2019: John Croft‘s portrait disc is on the horizon and awaiting release, as is Kristian Ireland‘s luminous and Ann Cleare‘s Eyam iii. The latter will be my debut release on my own label.